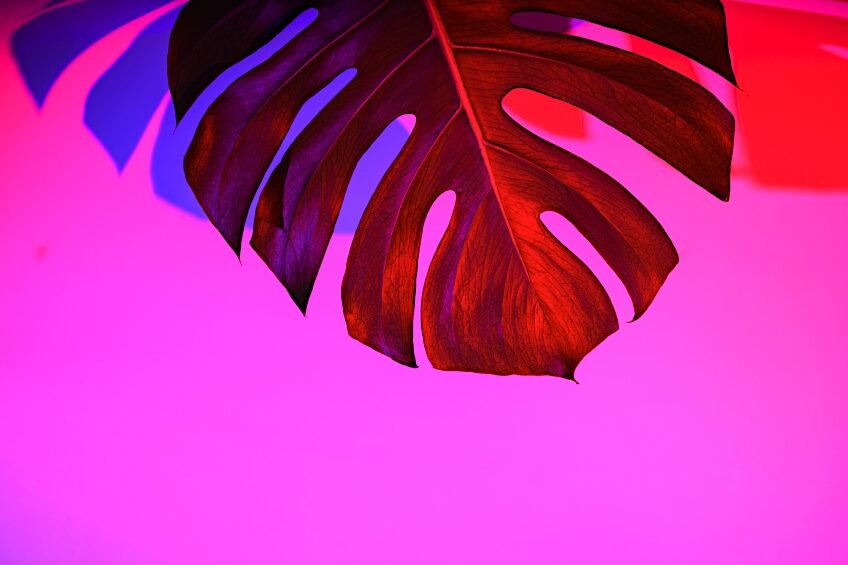 This post may contain affiliate links. We may earn a small commission from purchases made through them, at no additional cost to you.

Firstly, what color is magenta? The color magenta is known to be a purplish-red. If we look at the color wheel, we will see that magenta is situated exactly in the middle of red and blue. A mixture of the right shades of red and blue will give you the color of magenta. Of course, there is more to know about what colors make magenta.

What Color Is Magenta?

What color is magenta? It is known as a purplish-red color. Although, magenta is not seen by a wavelength of visible light. So, even though it is similar to purple, you would not see this color in the rainbow, which is a spectrum of colors. The color magenta is created when the wavelengths of red and blue overlap, our brains cannot reconcile these two wavelengths, so it sees the overlap as magenta.

The History of Magenta

The color Magenta was made by William Perkin of Mauveine in 1856. It was used as the first synthetic aniline dye; the dye created a mauve color. Then in 1858, Frenchman, Francoise Emmanuel Radford, combined aniline with carbon tetrachloride to create fuchsine, also a magenta color. A few years later, in the year 1860, two men, namely Chambers Nicolson and George Maule, created another aniline dye named roseine. It was later on called magenta, after the battle of Magenta. 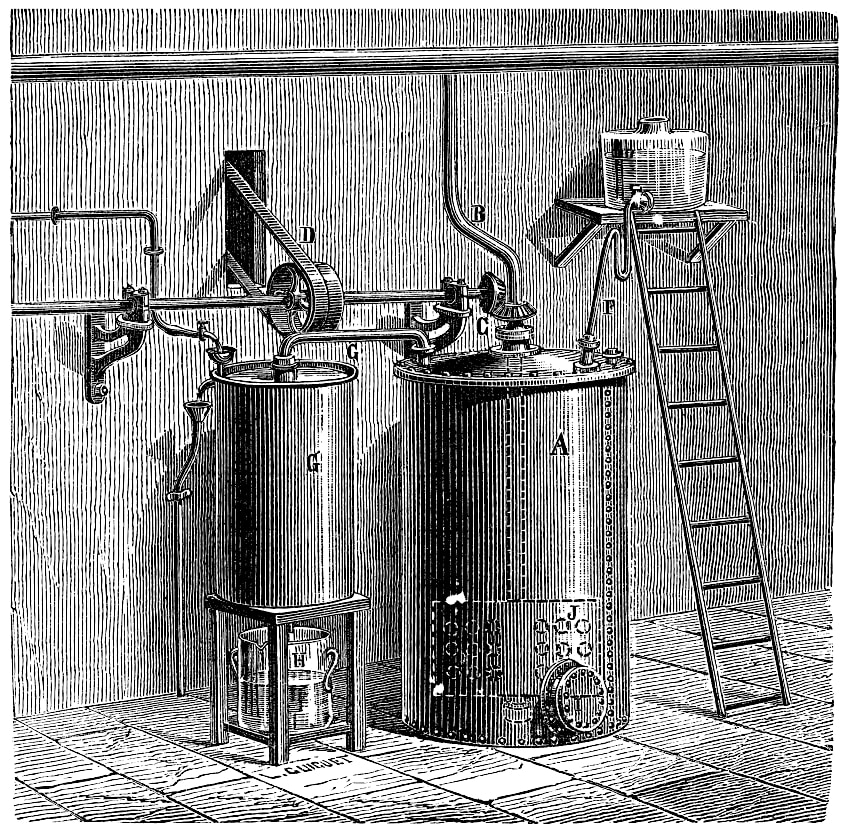 In the 19th century, magenta quickly became a popular color in fashion. The color was also used in the 1890 portrait painting of Marie Lagadu. The first significant use of the color magenta was by the Fauvist Movement painters.

As with every other color, magenta has a few shades of its own. Some of these shades would include dark magenta, dark orchid, byzantine, magenta dye, deep magenta, sky magenta, orchid, medium lavender magenta, pastel magenta, pale magenta, hot magenta, fuchsia, and fuchsia pink. Every shade of color to exist has its own hex color code, RGB value, and CMYK code. Below we can see what these different shades of magenta look like.

How to Make Magenta

Have you ever wondered how to make magenta? This purplish-red color has sparked the interest of many of us, and that’s why we are here reading up about it. Let’s look into what colors make magenta. 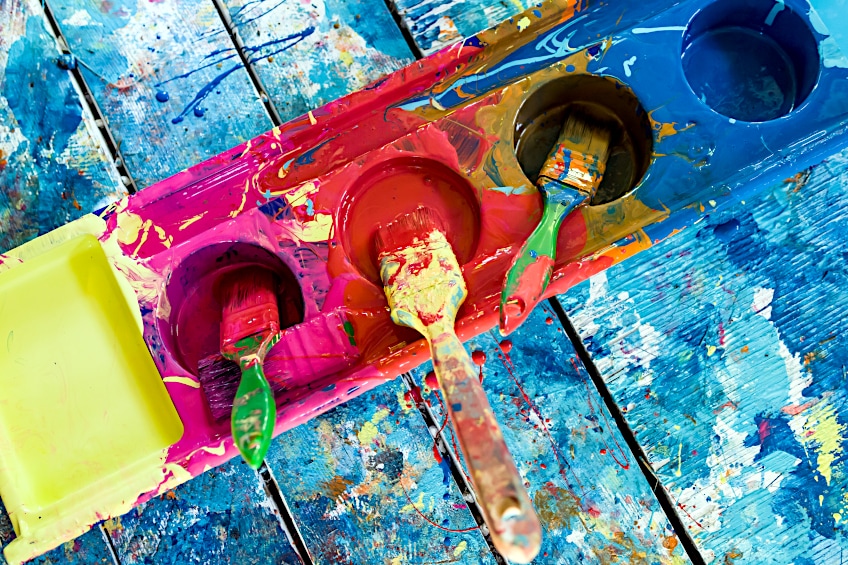 The color magenta can be quite hard to differentiate between purple, pink, and violet, as they are all quite similar. Although magenta is quite similar to purple, you won’t see it in a rainbow. Magenta has no wavelength, that’s why we do not see it in the spectrum of colors.

So, we want to know what colors make magenta. If you take a look at the RGB system, you will see that magenta is a secondary color, it is created by mixing red and blue. Magenta is a complementary color of green in the RGB system, so if we mixed green light and magenta light, we would get white as a result. 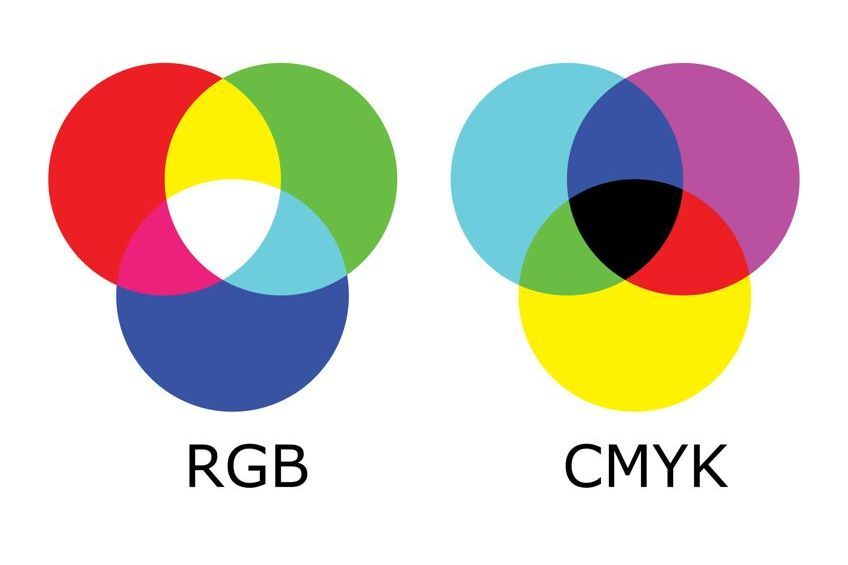 How to Make Magenta Paint 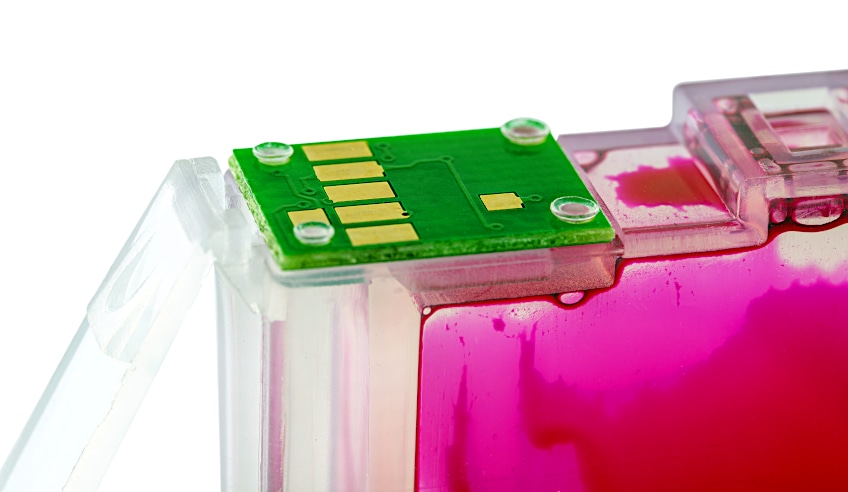 Primary colors in modern color theory, aside from magenta, include cyan and blue. Painters have made magenta by simply combining red and blue; however, we may not realize that red contains a bit of yellow. So, if we mix these two primary colors as it is, we will get a color closer to violet than magenta as a result. Other shades of color that could be mixed to make magenta would include cadmium red and cobalt blue, crimson lake and ultramarine blue, crimson lake, and quinacridone violet. These are the more specific shades you could use to get the color magenta. 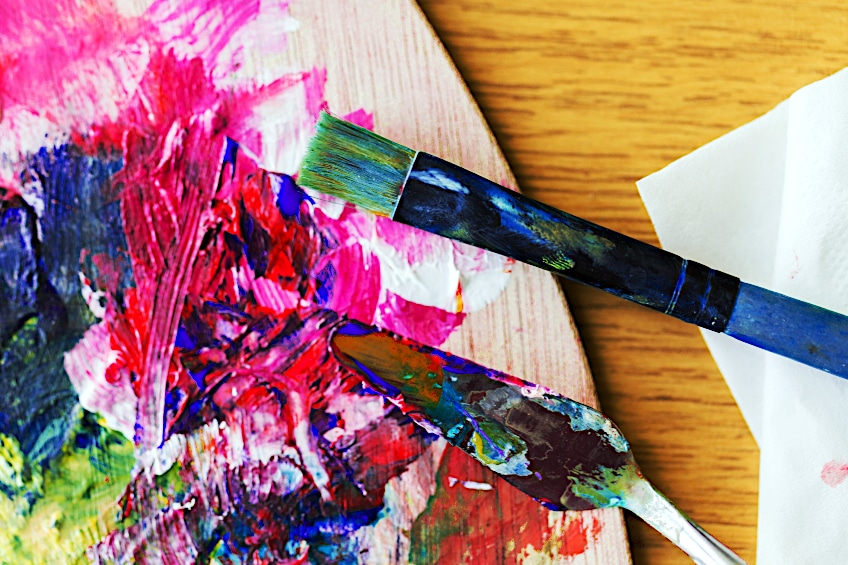 So, now we want to know how to make magenta paint. It really does not matter what type of paint you are using, be it acrylic paint, oil paint, or watercolor paint. Get out your paintbrushes and get your red paint on them, put the red paint onto your mixing surface or palette if you have one. Once this is done, use the same amount of blue paint as you did with the red. Now you will gently mix the two colors together on your mixing surface.

If you are using a more specific shade of blue, like ultramarine, you will only add a little bit at a time while you are mixing the colors as these shades are more intense and could easily overpower your red. You could always play around with the colors first until you find the right intensity or color you are looking for. 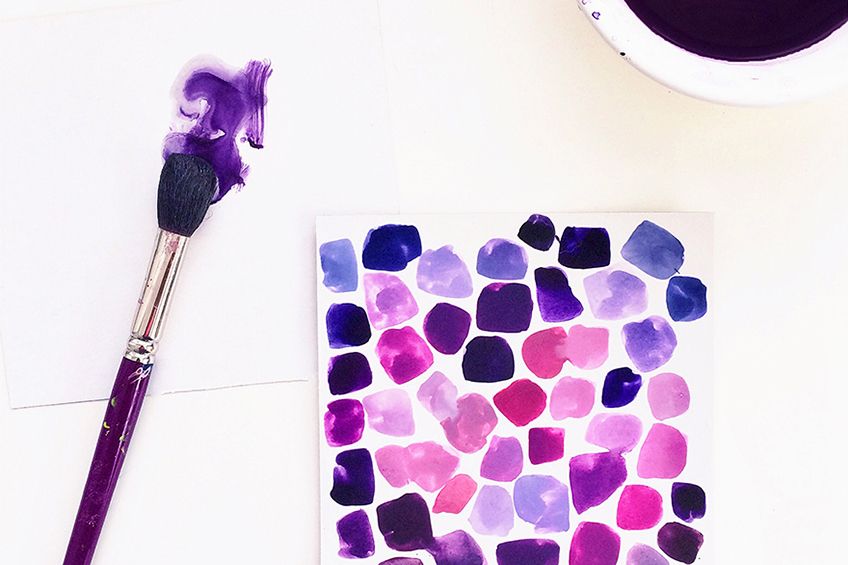 Depending on the shade of magenta you are trying to achieve, you could add more blue to your mixture if you want a more violet color. Add more red if you want a more fuchsia or maroon color. To darken your mixture of magenta paint, you could add either black or a dark green. You will only add a small amount of the dark color at a time, as you do not want to overpower your magenta mixture. If you find yourself in a situation where you do not have black paint but want to darken the mixture, you could also mix ultramarine blue and raw umber. 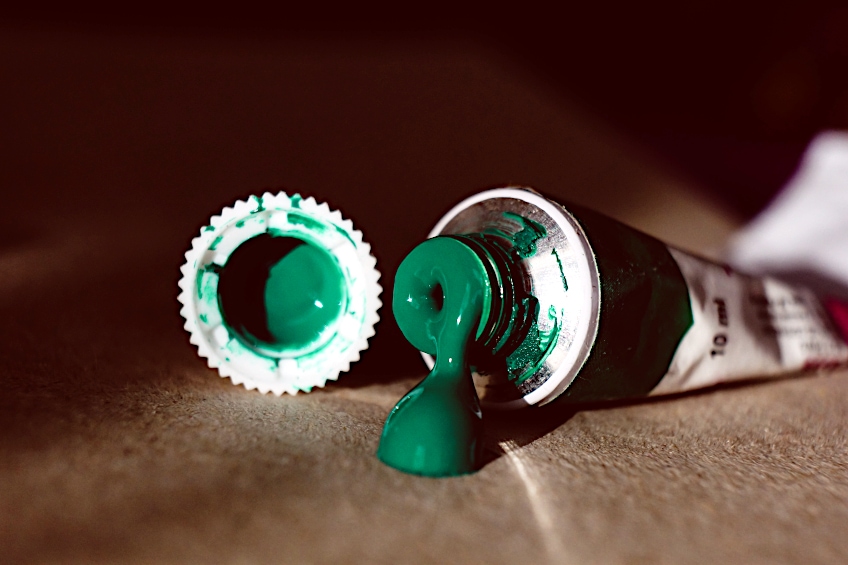 To lighten your mixture of magenta paint, you can add white or yellow. Although adding white will make your magenta lighter, it can also change the saturation of your color mixture. What this means is that your magenta mixture may appear weaker or chalkier in texture. So, instead of messing up the color, rather use yellow if you want a lighter shade of magenta. You should, however, play around with this first to see if you are happy with the result.

Ways to Use Magenta

Magenta can be known as the color that brings emotional balance and also universal harmony. This color can be used in your bedroom, living room, kitchen, and even in your bathroom. Although magenta is quite a bright color, there are more subtle shades we can use. You could use magenta in your home and pair it with some dull gray colors, be sure to use minimal furniture and home décor. A good example of this would be if you have a magenta-colored bedspread, and have a gray painted wall perhaps, or even a gray piece of furniture. 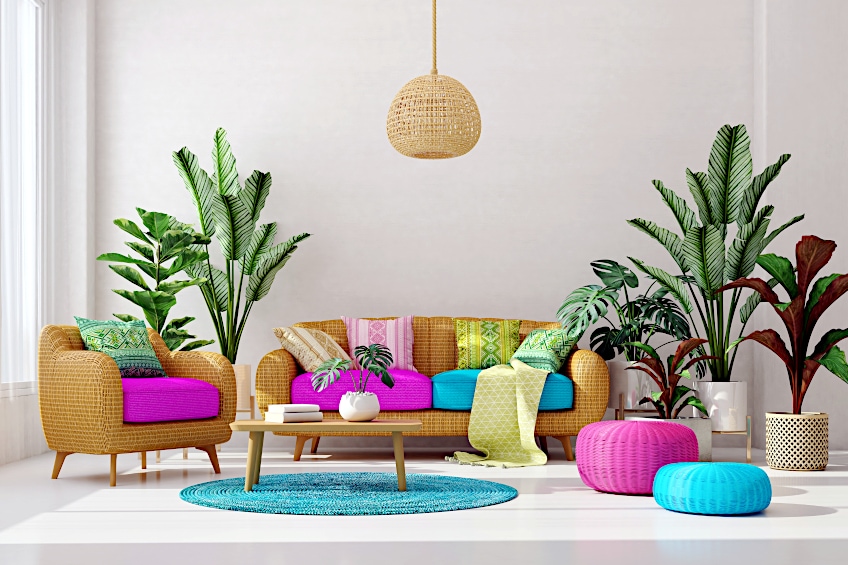 Using lighter colors like white, or yellow with magenta will give your space a summery feel. This could be a good use for your bedroom, or even your living room space. Magenta will be the main focus, so be sure not to overpower it with these other colors. We can also mix a shade of magenta with plum. Interior designers would love a large sofa in the color plum, and match it with a magenta-painted wall. To add to this, you could bring in black and white pieces to finish it off. For a more sophisticated look, this is the way to go.

Do not be shy to mix shades of magenta with patterns as well! The color really pops off against a classic black and white pattern, be it a wallpaper, a checkered floor, a rug with patterns, or even a bookshelf with a pattern background. 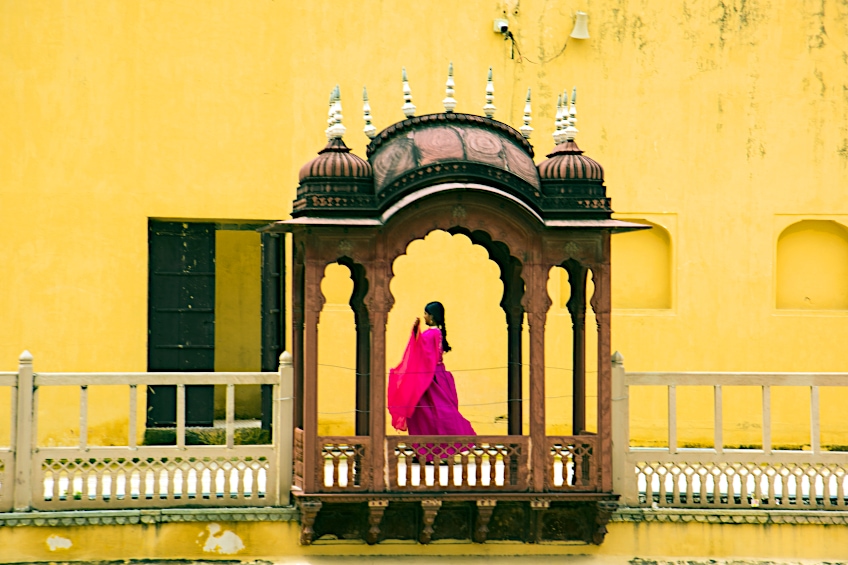 If you have a magenta-colored piece of clothing, and you are struggling to pair it with something, you could wear it with something yellow, orange, golden brown, or even turquoise. If possible, do not wear too much magenta at once.

Colors to Use in Place of Magenta

We know what two colors make magenta, but sometimes we simply cannot get the right hue, or the store may not have the color you want in stock. So, after wondering about “how do you make magenta?”, an easier way to go about this would be to get a color that is very similar to magenta and just adjust it a bit. 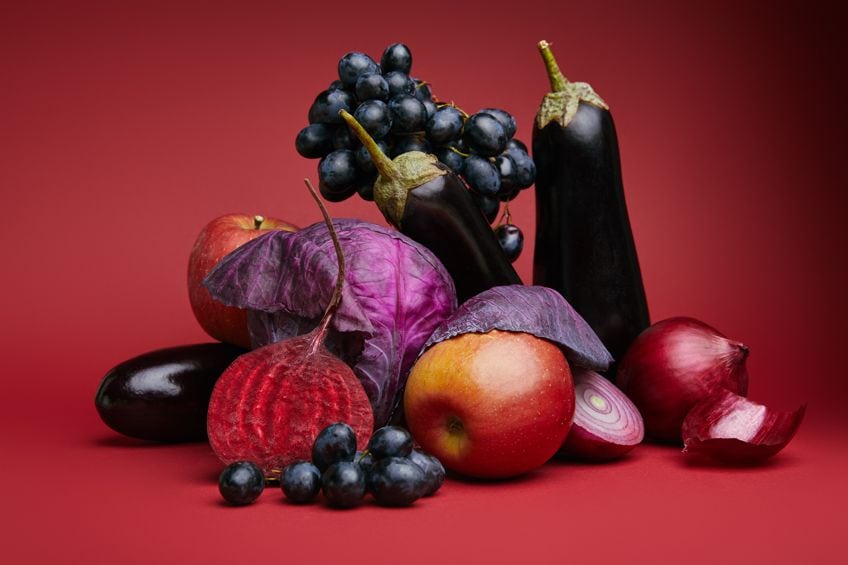 If you do not have the time to mix colors but need a magenta color, other colors you could pick up would be permanent rose. This color is quite easy to adjust to get true magenta. Permanent rose is, however, pinker than that of magenta, so you might want to add a bit of blue to bring out the magenta color. 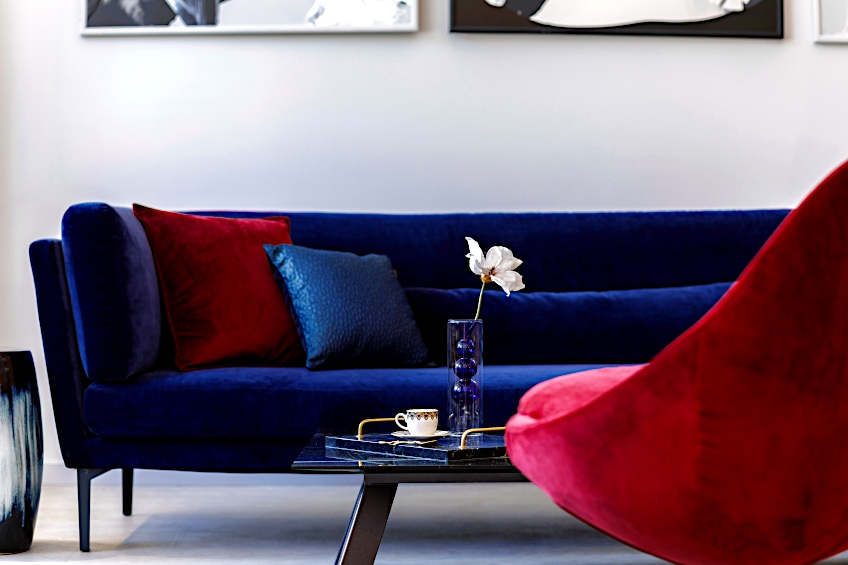 Magenta is somewhat of a magical color, it has no wavelength, so it is created by two colors overlapping. So now that we know how to make magenta, we also know there many different shades that come along with it. This is something we can experiment with to find the hue that best suits us and what we want to use it for.

Is Magenta a Pink or Purple Color?

What Is the Difference Between Magenta and Fuchsia?

What Colors Go Well With Magenta?

Some of the colors that would complement magenta could include darker shades like black, navy blue, dark blue, and dark gray. Some lighter colors you could use as well would be yellow, white, tangerine, lime green, and mint.

Will You Find Magenta in Nature?

Magenta is not an actual color, as we cannot find it in the color spectrum, but we can definitely find magenta-colored flowers in nature. Some of these flowers are known as zephirine drouhin rose, poinsettia, dianthus alpinus, rosaceae, dahlia pinnata, petunia, English rose, gospel rose, aptenia cordifolia, achillea millefolium, desert rose, carnation, antirrhinum, and many more others. Most of these flowers are the lighter shades of magenta. 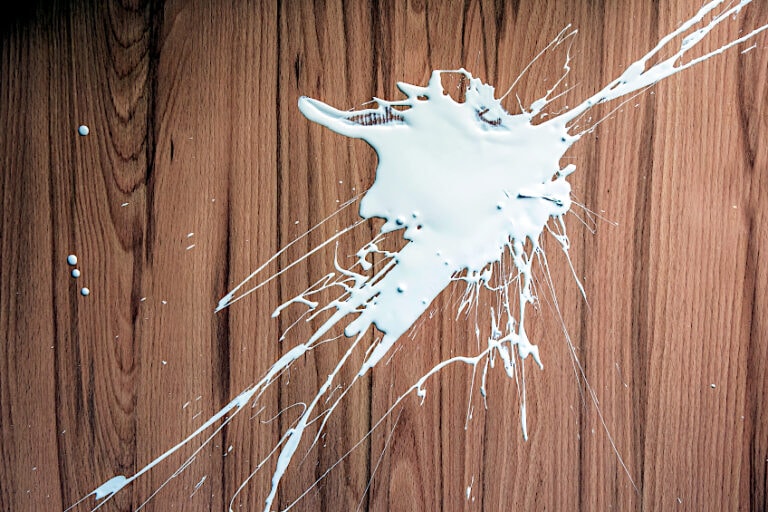 Acrylic paint is widely used for a variety of purposes. Acrylic paint can be applied to multiple materials, including metal, wood, and even plastic. As a result, having an accidental acrylic paint spill or splatter on your wood trim, furniture or floors is not an unusual occurrence. Which brings us to the commonly asked question:… 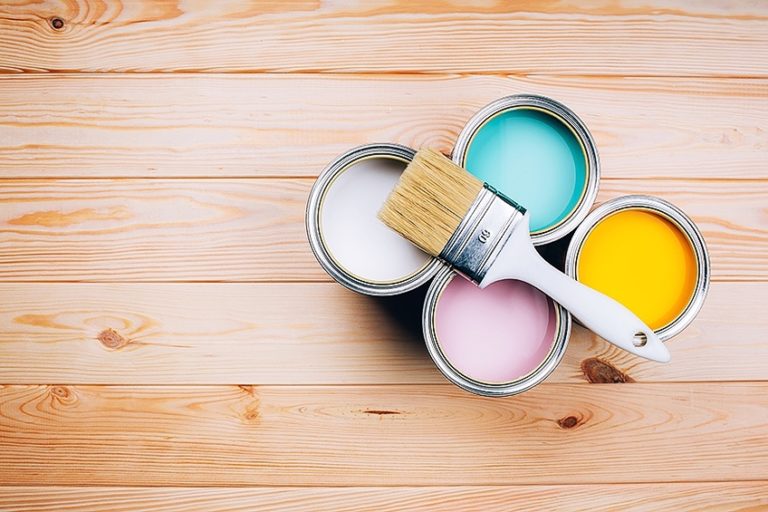 Acrylic paint is made from several components, such as stability materials, silicone oils, blending components, and esters. This product dries very fast, is not difficult to apply, is affordable, and has great adhesive qualities. Acrylic paint works better on surfaces that are gloss-free, for example, any wooden surface, metal, leather, fabric, and metal.    …

Create premium-looking gifts at a fraction of the cost! Etch your friend’s name into a wine glass for her birthday or etch an inspirational quote into a glass dish or even a mirror. Glass etching is not only a satisfying DIY project, it is also a permanent way to personalize glassware. Etched glass is dishwasher… 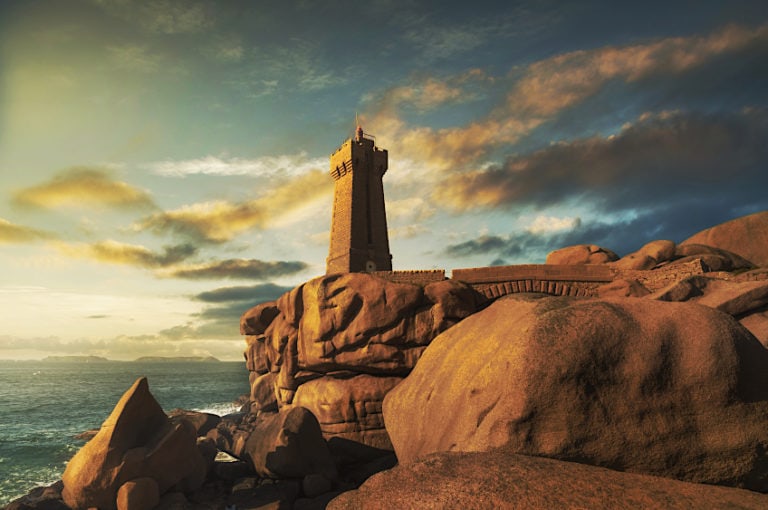 Bright colors are wonderful, bringing life to your artwork, catching eyes, and drawing our gaze to all the right places. Imagine a painting that is only painted with bright colors, what does it invoke within you? Most people might find it too overwhelming to look at for too long, making us feel dizzy. The only… 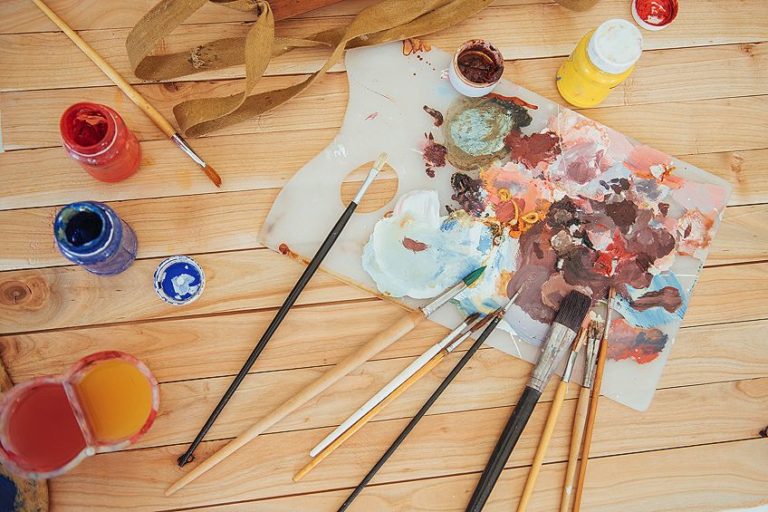 Oil paint mediums are thought to be quite mysterious, as they can cause uncertainty and confusion when it comes to their properties and uses. The majority of artists tend not to use mediums when they first start out, but with time they get more confident and learn to understand mediums, and will use them all… 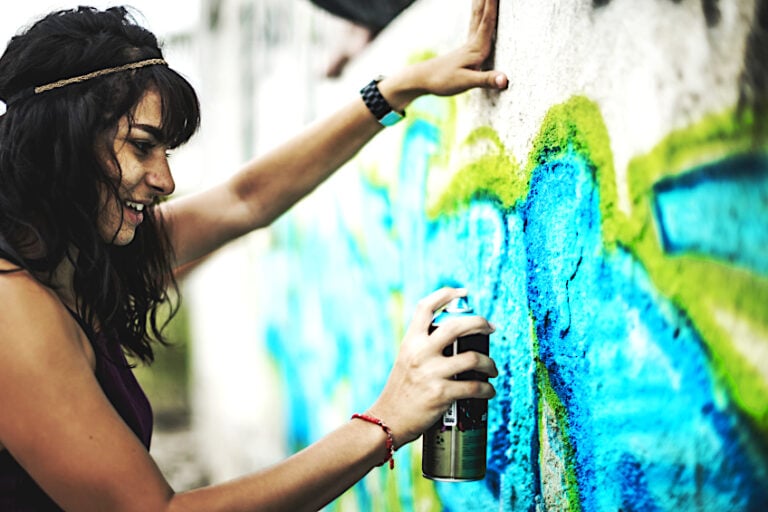 With the rise of technology, we no longer lack any choice when it comes to painting. Originally, we were limited to applying paint with paintbrushes or rollers which would take much longer, as well as making you wait so much longer for the paint to dry. With the invention of spray paint, the length of… 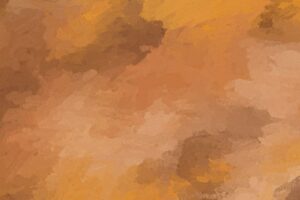 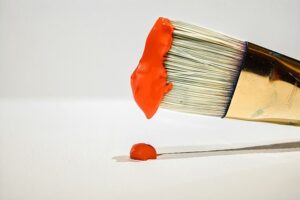 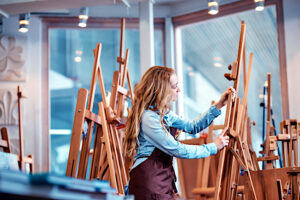